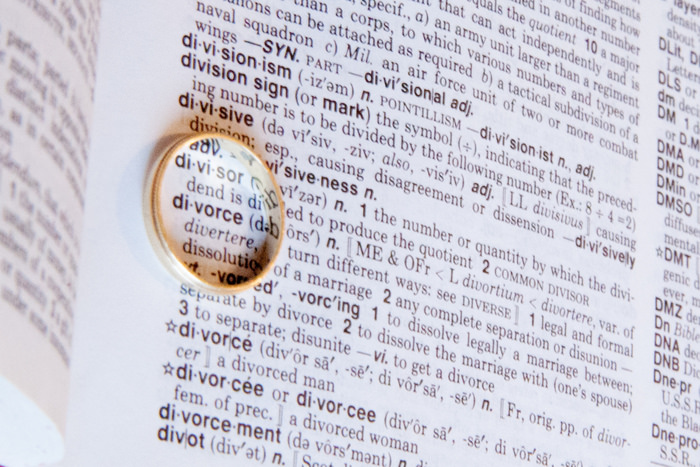 Hiddush's regular, periodic public opinion polling indicates that a great majority of the public opposes the Government's and Knesset's policies that prevent freedom of choice in marriage and divorce. This is contrary to one of the most fundamental rights set forth in the Universal Declaration of Human Rights, adopted on December 10, 1948. Hiddush makes note of this today - in honor of International Human Rights Day. [Article 16 Human Rights: Men and women of full age, without any limitation due to race, nationality or religion, have the right to marry and to found a family. They are entitled to equal rights as to marriage, during marriage and at its dissolution.]

Hiddush - Freedom of Religion for Israel commissioned a special survey in which it sought to ascertain the public's awareness of the seriousness of the problem created by this human rights violation. The survey was conducted by the Smith Polling Institute among 500 people as a representative sample of Israel's adult Jewish population on December 6-7, 2017.

According to Hiddush, more than 700,000 citizens cannot legally get married in Israel because of the Chief Rabbinate's monopoly over Jewish marriage. Among them are immigrants from the former Soviet Union whose Jewish identities are not recognized by the Rabbinate, citizens who are religiously considered invalid for marriage by the same Rabbinate, same-sex couples, non-Orthodox Jewish converts, etc. However, only 11% of the adult Jewish public is aware of this. Approximately 50% of Jewish Israelis think there are fewer than 100,000 Israeli citizens who cannot legally get married. Among the secular public, awareness is greater - 20% thought the number was greater than 500,000. Awareness among immigrants from the former Soviet Union is greater still (28%), but among nativeborn Israelis only 7% are aware of this reality. The lack of knowledge is most evident in the ultra-Orthodox and Zionist Orthodox sectors (37% and 30%, respectively) who believe that the figure is less than 10,000, compared with only 8% of secular Jewish Israelis.

63% of the Jewish public is not aware that even civil marriage abroad does not "solve the problem," and that if a marriage turns sour - the authority to dissolve the marriage can be granted only by Israel's rabbinical courts. 25% thought that civil divorce should be legally permitted in Israel, 19% believed that civil divorces conducted abroad should be legally recognized, and 19% thought that all divorce options should be legally available to married couples. It is notable that only 27% of young people (up to age 29), who are the most relevant group for making decisions about marriage, are aware of this fact. 30% believe that they can get divorced in civil ceremonies in Israel, and 25% believe they can get divorced civilly in Israel. Not surprisingly, the rabbinical courts' main victims - women - are more aware of this (44%) than men (30%).

Ignorance among the public works in various ways to perpetuate rabbinic control. Among other things, the public has a basic fear that children born of unions that the Rabbinate does not recognize will be declared religiously "illegitimate." Only about half of the adult Jewish public [51%] know that according to Jewish law, children born out of wedlock [to a single Jewish woman or to an unmarried couple] or to couples married in non-Orthodox marriages are not considered "illegitimate." 29% believe that these children may be declared "illegitimate." There is no doubt that this prejudice, which is based on Christian (rather than Jewish) norms and which the Rabbinate is not working to correct, affects many couples who would like to marry outside the Rabbinate and opt not to. It is particularly notable that this belief exists among the group most likely to get married: 36% of young people up to age 29. This prejudice is also striking in the ultra-Orthodox, Zionist Orthodox, and traditional-religious sectors, which should be more likely to be aware of the technical, religious standards [35, 36 and 37 percent, respectively].

Israeli politicians have sold off the human right of marriage freedom in exchange for political support from Israel's religious parties. This survey shows that the public is not even aware of the extent and depth of the violation of the right to family, and I have no doubt that increasing public awareness of this difficult truth will further increase the majority that demands its government respect the right to free choice in marriage and divorce. The time has come to say openly and loudly to Israel's politicians who only pretend to represent the will of the people: no more!

The religion-state policies of many consecutive Israeli governments clearly contradict the will of the public and not only the principles accepted in the enlightened world. According to other 2017 Hiddush public opinion surveys conducted by the Smith Institute among the adult Jewish population in Israel: 67% support state recognition of all forms of marriage, 79% support the recognition of same-sex couples, 90% want to see a change in policy towards women who are denied divorces by their husbands, and 55% would prefer to marry outside the auspices of the Chief Rabbinate if they were given a choice. Among the secular Jewish public in Israel - 82% [!] Replied that they would choose to marry outside the Rabbinate if it were not imposed on them.