72% of Jewish Israelis and 76% of Arab Israelis support the statement that "every resident [of Israel] has the right to get married in Israel with whomever he chooses, in whatever way he chooses, and according to his beliefs." 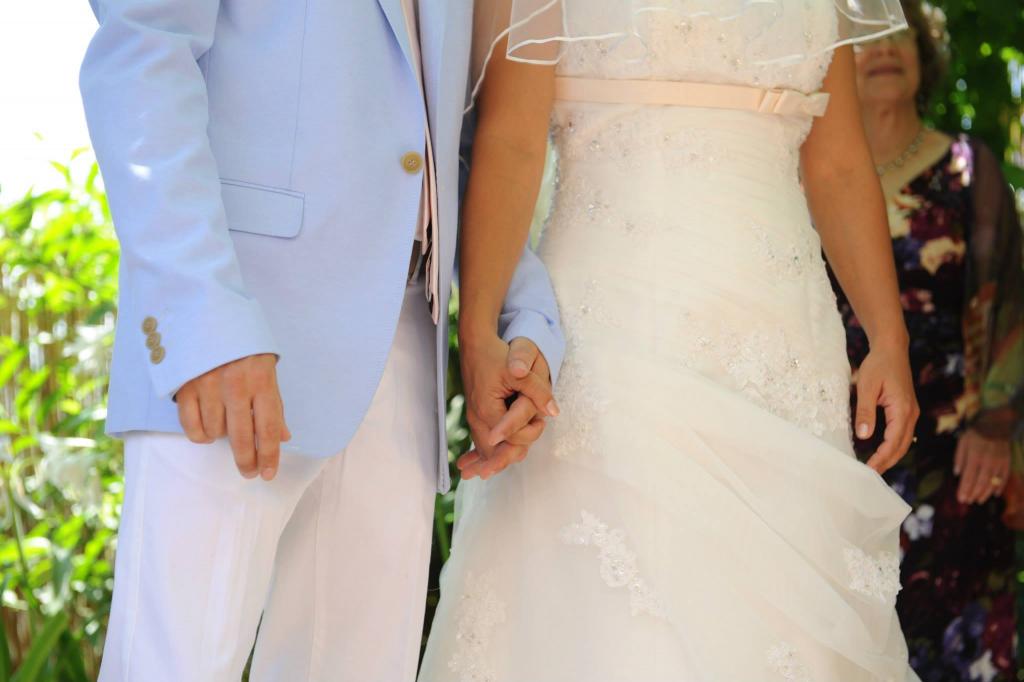 72% of Jewish Israelis, but only 43% of Arab Israelis support the introduction of civil marriage and divorce in Israel. 66% of the Jewish public does not trust the State rabbinical courts, and 67% believe that these courts discriminate against women. Nevertheless, 67% of the Jewish public would still prefer to have Orthodox weddings for themselves and their children as long as no marriage alternatives are recognized by the State. In contrast, 88% of Arab Israelis would prefer to have religious marriages, 50% expressed confidence in their religious courts, and 71% do not believe these courts discriminate against women. These positions change when it comes to the younger generation. 60% of young Arab respondents (ages 25-34) support instituting civil marriage and divorce, compared to only 27% of Arabs ages 65 and older. 79% of secular Arabs, 44% of traditional Arabs, and 31% of religious Arabs support civil marriage and divorce. 51% of the Jewish Israeli public are dissatisfied with the parties they voted for in the last Knesset elections, regarding these parties’ actions on matters of marriage freedom. The majority of voters for the non-religious Government Coalition parties expressed their dissatisfaction in this regard. Only 24% of Arab respondents thought that the United Arab List party should support the enactment of civil marriage and divorce, and 61% thought that the United Arab List party should not support these measures.

The two surveys were conducted by the Smith Polling Institute and the Yafa Research Institute for Valentine's Day, February 14. This is the first time the Arab population's positions on marriage and divorce freedom and related matters have been surveyed. The two surveys were conducted in parallel - one in the Jewish sector, and one in the Arab sector. The survey of Jewish Israelis was conducted by the Smith Institute on September 27, 2016 among a representative sample of 500 adult Jewish Israelis. The survey of Arab Israelis was conducted by the Yafa Institute on October 1-5, 2016 among a representative sample of 512 adult Arab Israelis. To be recognized by the State, all marriage ceremonies must be conducted by religious authorities of officially State recognized religious communities to which both members of the couple belong. Jewish Israelis can only legally marry through the Chief Rabbinate, and the religious authorities for the Christian, Druze, and Muslim populations regulate the rites of marriage and divorce in their respective communities. Israel does not have a legal framework for civil marriage or divorce, for same-sex unions, for marriage between two individuals who belong to different religions, or for marriage when either of the two partners is registered as "having no religion". Since this affects all religious communities in Israel, Hiddush decided to survey the positions held by Israel's Arab sector, which consists of Christians, Druze, and Muslims, representing some 20% of Israel’s population. These Hiddush surveys reveal for the first time the Arab Israeli public's views on marriage freedom and related issues. Support for marriage freedom and dissolving the Chief Rabbinate's religious monopoly enjoy widespread support throughout the Jewish Israeli public. The Arab Israeli public is more conservative, and the percentage of secular Arabs is lower than that among Jews, but the younger generation of Arab Israelis is increasingly liberal on these issues and supports freedom of choice. The data once again proves that the policy of many successive Israeli governments, from both right and left, goes directly against the will of the public! The overwhelming majority of Israelis support allowing all people to express their love in marriages of their choosing, as well as the elimination of religious coercion in marriage and divorce in Israel. The work before civil society organizations and supporters of marriage freedom is challenging, and many obstacles stand between us and true freedom of choice. It is unconscionable that Israel remains the only Western democracy that denies its citizens the freedom of marriage. Findings in Detail The survey found that 72% of Jewish Israelis agree with the statement that "every resident of Israel has the right to get married in Israel with whomever he chooses, in whatever way he chooses, and according to his beliefs." 95% of secular Jewish Israelis support this statement, as do 67% of traditional Jewish Israelis. 76% of the Arab Israeli sector also agrees with this statement, including 71% of Christians, 76% of Druze, and 79% of Muslims.

Age of marriage for women: Most Israelis, both Jewish and Arab, oppose underage marriages; 90% of Jewish and 95% of Arab Israelis believe that the lowest age for women to get married at should be 18.

The identity of the marriage partner: Most Israelis, both Jewish and Arab, maintain that the bride should be able to choose her husband; 93% of the Jewish population, but only 66% of ultra-Orthodox Jews. Among Arab Israelis, 66% hold this view.

Mixed marriages: 50% of the Jewish sector and 57% of the Arab sector oppose marriages between Jews and Arabs. 14% and 16% respectively would support such marriages if one of the partners were to convert to the other's religion.

Polygamy: Among Arab Israelis, opposition to polygamy is high: 80%. Opposition is particularly high among Arab women: upwards of 91%. Even among Muslims, only 22% support polygamy and 78% oppose it. Among Jewish Israelis, 77% expressed their opposition, but the pollsters believe that the Jewish respondents may not have understood the question correctly because polygamy in the formal sense of the word is a very rare phenomenon among Jews.