67% of Jewish Israelis support freedom of choice in marriage

50% of the Jewish Israeli public prefers non-Orthodox marriage. A growing majority of the Jewish public is fed up with and rejects the Israeli government's position and wants Israel to join all other Western democracies in establishing marriage freedom. 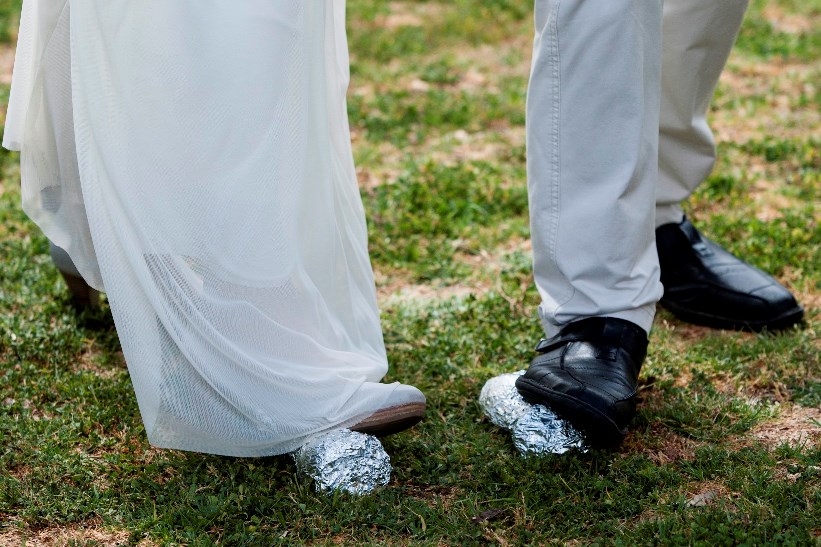 67% of the Jewish Israeli public supports Israel recognizing all forms of marriage, including civil, Conservative, and Reform marriages. 50% would be personally interested in having non-Orthodox marriages or couplehood ceremonies. These results emerged from a survey conducted by the Smith Institute for Hiddush in honor of the Jewish holiday of love: Tu b'Av. The survey was conducted at the end of July 2017 among an expanded representative sample of 800 Jewish Israeli adults. This survey was conducted with the support of the IREP project of the Jewish Federations of North America.

Hiddush's annual tracking of the public's views on marriage freedom shows that an increasing majority of Jewish Israelis are fed up with and reject the government's position and prefer for Israel to join all other Western democracies in establishing freedom of choice in marriage. The fact that this support is also expressed by voters for the Government Coalition parties shows that this is another example of the "tail wagging the dog" - the minority ultra-Orthodox political parties continue to succeed in violating the majority of the public's basic human right to establish a family. Hiddush will continue its battle to promote marriage freedom in Israel, and we believe that the government's religious coercion in this arena will not continue for long.

The first survey question was: "Today, the marriage and divorce laws for Jews in Israel are exclusively in accordance with Orthodox halakhah. Do you support or oppose Israel recognizing all forms of marriage, including Conservative, Reform, and civil marriage?" 67% supported this. These included 90% of secular respondents and 68% of traditional respondents. In total, 80% of non-Haredi respondents voiced their support.

The first question in the survey was: "As of today, the marriage and divorce of Jews in Israel are carried out only according to Orthodox law. Do you support or oppose Israel recognizing all forms of marriage, including Conservative, Reform or civil marriages?" 67% responded in support. 90% of secular Jews and 68% of traditional Jews expressed their support. Overall, 80% of non-Haredi Jewish Israelis supported this statement.

This question has been consistently posed by Hiddush in its periodic surveys, and there has been a consistent increase in support over the years. In 2009, support was at a level of 53%, which rose to 61% in 2010. In 2016, support increased to a level of 66%, bringing us to the highest recorded level of support in 2017: 67%.

Support for all types of marriage is shared by most of the voters for Israel's government coalition parties: 65% of Likud, 73% of Kulanu, 88% of Yisrael Beiteinu, and 42% of Jewish Home party voters support freedom of choice in marriage. Among voters for the ultra-Orthodox political parties, 87% of Shas voters and 100% of United Torah Judaism voters oppose this, while 91% of Zionist Union, 92% of Yesh Atid, and 100% of Meretz voters support this basic principle.

The second survey question was: "If you or any of your children get married, what framework would you choose for marriage (assuming that all of these options exist and are equally recognized by law)?"

50% of respondents chose non-Orthodox marriage frameworks (11% chose Conservative or Reform, 30% chose civil marriage, and 9% chose cohabitation without official marriage). In other words, 50% of Jewish Israelis would prefer to marry outside the auspices of the Rabbinate. This figure is consistent with Hiddush's Lag b'Omer survey, which indicated that 55% of the Jewish public is interested in getting married outside the auspices of Israel's Rabbinate.

Two other relevant data points in this context are the preferences of immigrants to Israel from the former USSR and the difference between women's and men's attitudes. While 60% of Jewish men in Israel would prefer to marry through the Rabbinate, only 44% of women prefer this. Further, while only 21% of Jewish men would prefer civil marriage, 36% of Jewish women prefer it. Only 26% of immigrants from the former USSR prefer to get married through the Chief Rabbinate; 55% of them prefer civil marriage, 18% prefer Reform or Conservative marriages, and 1% prefer cohabitation without marriage.

In examining the responses to this question over the years, there arises a significant and consistent decline in the percentage of those who prefer Orthodox marriages through the Chief Rabbinate. In 2009, 65% of Jewish Israelis preferred it, and this percentage dropped to 61% in 2013. It dropped further to 53% in 2016, and further still to only 50% in 2017. This represents a decrease of 15% over 8 years. In contrast, the preference for civil marriage is increasing: In 2009, 19% expressed their preference for this alternative, whereas 30% in 2017 would choose civil marriage as their preferred marriage framework.