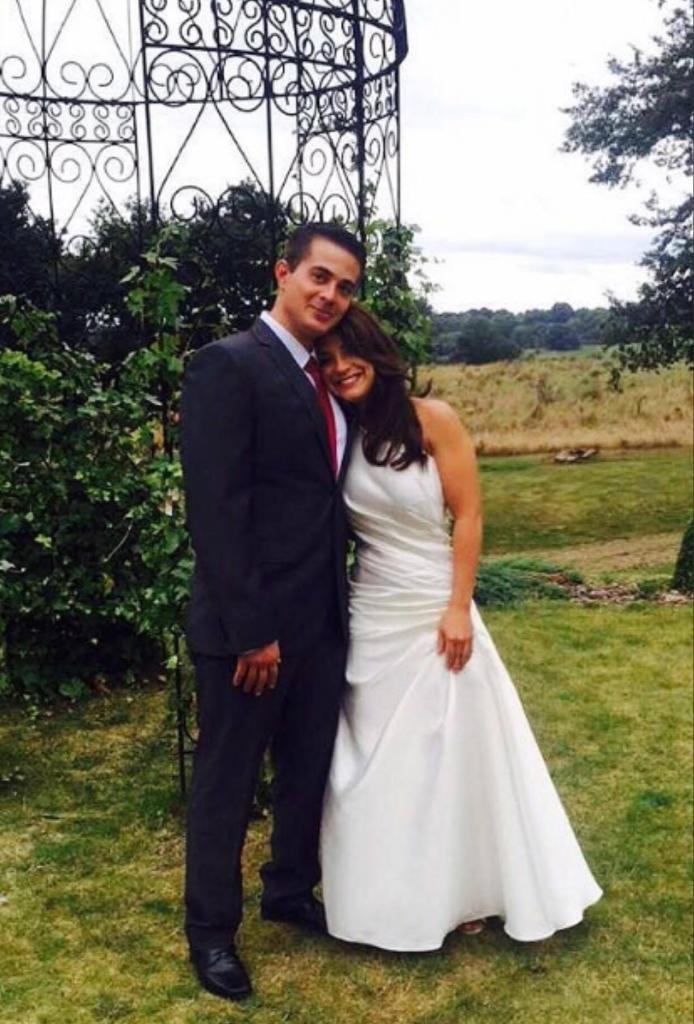 Our wedding, our way - by Shachaf Dreyfuss

It's so great that David Ben-Gurion signed the "status quo" agreement with the Orthodox Jews who were in Israel [back then] in order to settle the mess we call "the relationship between religion and state." What [on earth] would we do without this agreement?

Well, we would probably all do whatever we preferred to do, without bothering anybody else. But, oh well, the tendency of politics to come at the expense of pluralism and liberalism is nothing new.

So what was in this agreement? Well, I would have married my partner in my own country... a country that we really love. Her family moved to Israel from England when she was younger - to fulfill the Zionist ideal of "Aliyah." My partner served and continues to serve in the Israel Defense Forces as an officer in the reserves. I, your humble servant, also served our country as a soldier, and now continue to serve in a civic capacity, protecting its borders. One might say that we're down with Israel; it's great; we totally love it.

All I wanted was for Israel to permit us to marry here in a way that reflected our beliefs and values. What can we do? We're simply not very religious. We're not even traditional. We're not even secular - we're atheists - heaven forbid!

Despite our worldview, and our clear lack of connection to religion, we consider ourselves Jews in every way - part of the common culture, part of the nation, part of the history, the language, and everything else; but this is not good enough.

We have been together for 8 years, and have long thought about how to get married. Luckily, she was born in England and has citizenship there. On my side, Germany felt guilty about the previous century and granted my family citizenship. Thus, we were both citizens of the European Union - EU, given these technicalities, and "merited" the right to have a wedding befitting our beliefs, just not in our own country.

So we packed our bags and flew to London, United Kingdom, just us and our limited family. We got married at a beautiful hotel in a civil wedding ceremony, which matched our worldview and our beliefs. At the end of the ceremony, the wonderful bride's father performed an additional ceremony; one that went beyond the legal and technical civil ceremony. In the framework of this ceremony, her father used known Jewish wedding symbols without their religious aspects, but rather very loosely translated in a liberal way to match what we believe. The wedding canopy was made of an old prayer shawl, which belonged to the bride's deceased uncle - an item of immense importance to the family. The glass breaking at the end of the ceremony symbolized the the breaking of barriers between human beings; for despite all the differences, we are all people at the end of the day. Not only that - we broke the glass together to symbolize gender equality, which is absent from the "normal" Jewish wedding ceremony. The ceremony wasn't long, there weren't any prayers, there weren't any blessings, there weren't any religious head coverings, and most importantly - there was no coercion.

The wedding symbolized our connection to the Jewish People, with absolutely no connection to religion. There were no dry eyes at the ceremony.

I wish I could some day arrange such a wedding in Israel. This is a diverse country; a country with different kinds of populations; a country that aspires to be a Western, liberal, pluralistic democracy. Not a reactionary one that seeks a return to the Middle Ages. Hopefully some day, the citizens of this country will "merit" to live their lives according to their own ways and according to their own worldviews, as long as they do no harm to others - this is the basis of the Torah of liberalism.